The Coronavirus has brought many challenges with it. Not least that organisations have started enforcing travel bans on their employees, which has had an understandable impact on Learning and Development programs that are currently underway.

Just such a situation has arisen with one of our customers. They have just concluded the pilot of a program and were intending to roll out at scale in the next few weeks. Enter the necessary travel ban and suddenly their plans are up in the air.

The particular program focused on some several hundred employees located around the country. The initial aim was to gather them together in smaller groups and facilitate the learning in the normal way, over several one-day sessions. However, this is now not possible and the idea of waiting until the travel ban is lifted is equally unappealing because of the delays that it will bring. The question was whether to postpone, cancel, or try another approach.

The design of the program revolved around a three-phase approach. The first phase incorporates our online platform Promote to act as the backbone of the program, providing the corporative relevance, the learning theory, and supervisor engagement. Once this knowledge foundation has been delivered digitally, participants move to phase two, the face-to-face sessions where they would really practice and develop key behaviours. During the final phase, there would be additional application assignments, facilitated by both instructors (digitally) and supervisors (face-to-face) to ensure that the participants actually implemented the learning in their workplaces and were supported in doing so. However, due to travel restrictions, the second phase and therefore the whole program were now in danger.

The solution has been to facilitate the face-to-face sessions virtually. The upside is no need to travel, a reduction in logistical costs, and a continuation of the program roll out. All this without a loss in quality and still providing the participants with what they need to apply their learning in their places of work.

This approach has not been without its challenges, not least in the experience that many of us have had when attending virtual trainings in the past. In the majority of cases these could not have been described as engaging and their value has rightly been challenged. The key has been not to address just the face-to-face elements but the design of the program as a whole. To take the emphasis away from the purely co-located elements and place it across the different media. Taking this approach, we can still attain the performance we are after but the virtual facilitation takes on a more central role.

An additional factor may well turn out to be that this customer doesn’t return to the event focus that they have had hitherto. That once the more virtual approach has been introduced and participants become familiar with it, the requirement to deliver as many face-to-face trainings can be reduced. The situation was forced upon them through necessity but has also proven to be an opportunity to try something new.

Ironically, this new approach is not so new after all. It’s already out there being delivered in other companies. However, what was missing was the spur to adopt this new approach. Programs do not necessarily need to be put on hold because of the unfolding situation but can instead be re-embodied through new means of delivery, aided by technology, and designed with performance in mind.

See this as an opportunity, albeit one that has been brought about through unfortunate circumstances, to try new approaches rather than as a reason to stop Learning and Development initiatives. 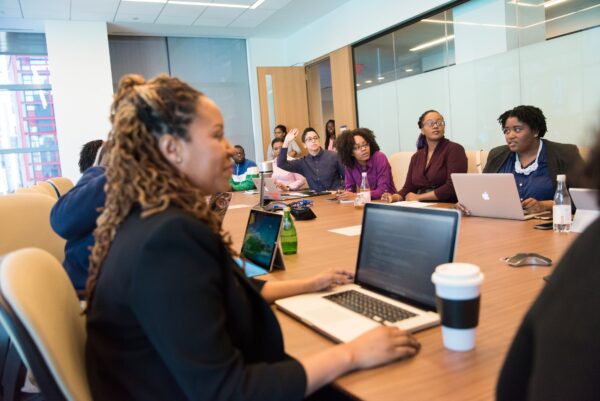 Recent years have seen many organizations attempt the transition from classroom training to virtual alternatives. This has been driven by many and varied pressures – cost reduction, environmental concerns – that are unlikely to disappear. At the same time many organizations have struggled to maintain satisfactory attendance, engagement and completion.

Please join us for a 45 minute online webinar when we will unveil this new program and share some of the key insights from over four years and 500 hours of virtual training.